I was reading Psalm 94 yesterday and came across this statement in verses 12-13:

“Blessed is the man whom You chasten, O LORD,
And whom You teach out of Your law;
That You may grant him relief from the days of adversity…”

I thought – wow that’s a phrase you don’t expect to hear: Blessed is the man whom You chasten! At the most in the Christian life, if we’re serious about it we at least accept that sometimes the Lord needs to chasten us. But the psalmist here calls such a person blessed! It goes along with the unexpected, upside-down blessings in Scripture, like that it is more blessed to give than to receive.

But I think it’s so true. I reckon God chastens us when we err, so that in the day that things begin to go bad, we will be saved from the effects of it. If we have hardened our hearts and not listened to Him when He tries to correct us, I hardly think we’ll survive the ‘day of adversity’ very well, because we will have missed Him giving us the keys in those moments of correction. Accepting His correction is the way out of experiencing even greater trial later. Either we accept the small trial of His correction now, or we have to ride out the storm of adversity later down the line, and I wonder if we would even make it through that.

There are phrases from Proverbs which jump out at me at this point:

“My son, do not reject the discipline of the LORD
Or loathe His reproof,
For whom the LORD loves He reproves,
Even as a father corrects the son in whom he delights.” (Prov. 3:11-12)

“The path of the righteous is like the light of dawn,
That shines brighter and brighter until the full day.” (Prov. 4:18)

Hebrews too has some important words to speak to us regarding the discipline of the Lord, having quoted from Proverbs 3 as I have above:

“It is for discipline that you endure; God deals with you as with sons; for what son is there whom his father does not discipline?” (Heb. 12:7) We’re disciplined by Him as sons. Far from being a case of fire and brimstone, His discipline is gentle but firm, full of correction but also full of encouragement for what we can become, not simply giving us the correct rules to obey, but a vision of who we are in Christ.

This got me thinking some more, I reckon God disciplines us according to our position in Christ. We know that Jesus is the mediator between God and man, having come and lived the fulness of humanity, filled by the fulness of God. And so inasmuch as we are in Christ, and He ‘knows our frame’ because He has experienced it, surely He disciplines us sympathetically because He has been a man, yet expecting nothing less than holiness because He lived it and makes the way by His cross for us to live holy lives too. As He says in 1 Peter 1:16, “You shall be holy, for I am holy.” 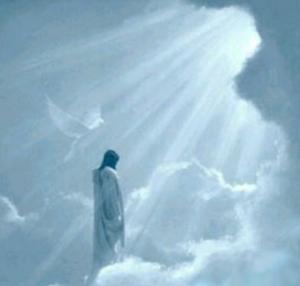 It didn’t take me long to find the Scripture. “For we do not have a high priest who cannot sympathize with our weaknesses, but One who has been tempted in all things as we are, yet without sin.” (Heb. 4:14) Here He is: the Man, Jesus Christ, who knows everything that we face, who was tempted as we are, yet lived without sin. I used to think He managed to be without sin just because He was God and so He could. But now I’m not so sure. What is the point of emphasising in Matthew 4, Luke 4, all the Gethsemane accounts, here, and verses also like Hebrews 2:18 (“For since He Himself was tempted in that which He has suffered, He is able to come to the aid of those who are tempted”) unless He really genuinely faced it exactly as we do: with the entire possibility of slipping and giving in to the sin that is offered? It is maybe shocking for us to think, but Jesus really did come close to sin, but at the same time never once gave in to temptation. I think it’s important to realise there is a distinction between temptation and sin, a distinction that the enemy often likes to cloud for us. We shouldn’t feel bad if we are tempted – it happens to everyone, and it happened to Jesus. But there is a tipping point, and if we agree with the enemy in some way, if we agree that what is being offered is good, that’s where we sin. Jesus never agreed with the enemy, and recognised him for who he was.

So to reiterate then, the Father knows how to discipline us because in the Son God has experienced humanity. At the same time He expects holiness because of the blood of His cross, the weighty price that He paid.

I think we will do ourselves a whole lot of good, if we embrace God’s discipline, in light of all this. We will be, as the psalmist said, ‘blessed’, and kept from the worst things that could otherwise happen to us because we didn’t heed His warnings. Moreover we have the greatest helper possible in our circumstances of trial and temptation, because He has been there Himself and has the right advice for getting through. I would start with Matthew and Luke 4 – Jesus knew His Bible, back-to-front. How many people do you know who can just quote a verse from Deuteronomy as it’s needed? I’d suggest that’s a good place to start!

I'm a worship leader and songwriter based in London with some music for you to check out. I'd love to hear from you if you appreciate the blog! Use the links below.
My Tweets
Loading Comments...
%d bloggers like this: