As readers will know, last year I released my second EP Invitation, and was very involved with two other big releases from our church – an album of live worship, and an album of Christmas Gospel arrangements. These were exciting projects, and the EP especially pushed me to be expanding my listening and assessment of what other people are producing at the moment. I realise that at least a couple of the names I’ll mention here are well known to many – but for what it’s worth, here are three albums I was recommended/given last year that helped ‘refresh my ears’ and broaden my horizon.

Gungor – Ghosts Upon The Earth 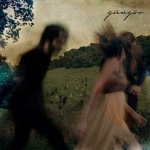 This album was introduced to me as a way of helping me to think ‘outside the box’ a bit as far as arrangements and recording go, and it certainly made me think! Michael Gungor writes thoughtfully around Biblical themes and gathers a flexible group of musicians around him to create what, in the case of this album, could appropriately be described as ‘haunting’, atmospheric tracks. The closest musical comparison would be made with Sufjan Stevens, whose eclectic orchestrations and melodies are mirrored here. The Biblical theme in this case takes its cue very much from the early chapters of the Bible, rejoicing in creation as well as lamenting the fall, and reviewing the consequences. It is certainly a fresh approach to Christian songwriting. Many people, of course, are familiar with Gungor, and I look forward to sampling some more of their music in the near future.

Going in a different direction entirely, this album from British, Hong Kong-based worship leader and songwriter follows a pattern broadly similar to the likes of Tim Hughes – understandable, given Tom Read’s Worship Central connections. Don’t dismiss it though if you think you’ve heard it all before. The sound might be slick (I was recommended this one for its production quality, which is great), but the songwriting is unique, taking some interesting directions, and perhaps a little more poetic than most Soul-Survivor-esque productions. The most noteworthy song is ‘Do Not Stand At My Grave And Weep’, taking the famous Mary Elizabeth Frye poem and giving it a joyful melody and arrangement which, to me, seems to put it fairly unambiguously in the mouth of Jesus (given the Christian context of the album).

I met Paul at a songwriters’ gathering towards the end of the year, and apart from being blessed by his humorous persona, was really impressed with this album which he generously gave me. It’s his fourth release and again is extremely well produced. Again, Paul doesn’t hide his faith in God, but at the same time chooses some interesting subjects and angles for his songwriting. Thus two of my favourite tracks start with unusual premises: ‘California’ strikes an obviously West Coast-inspired note to explore the humorous yet meaningful differences between being a UK Midlands-based songwriter trying to reflect the themes of many Hollywood writers. He does a beautiful job of reflecting the difference too between American and English songwriting: “Some days I’d trade these speed bumps for a boulevard”; “We don’t have an Interstate…I guess it’s a little like the A38.” As a driver I agree, and as a songwriter looking for attractive language, even more! Similarly ‘Four’ sets up a beautiful hypothetical situation: “Oh, I wish that I was four”. Humour and meaning play across his writing as reflective of the kind of person he is; if you’re interested in the humour side only, he wrote a popular song about biscuits.

Other goings on and looking ahead to 2014

As many will be aware, 2013 saw the completion and publishing of ‘Holy Overshadowing‘, a song I had the privilege of writing with Graham Kendrick, and which features on Invitation. It was humbling enough to be able to write with someone so experienced; even more to see the impact it has had on many churches already. Recently Graham and I recorded a video version for YouTube, so watch this space for an announcement of the release!

Apart from that, I’ve had an unusually high level of productivity in the song department the last few months and should have enough soon for another EP this year! Here’s hoping, anyway!

I'm a worship leader and songwriter based in London with some music for you to check out. I'd love to hear from you if you appreciate the blog! Use the links below.
My Tweets
Loading Comments...
%d bloggers like this: